Design and implement a remediation program to reduce a diverse array of contaminants in soil and groundwater during site-wide redevelopment. 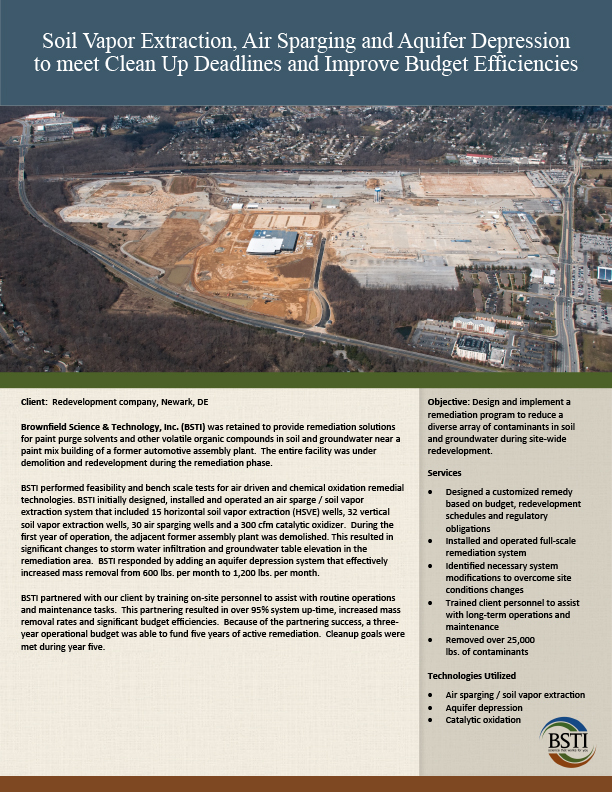 Brownfield Science & Technology, Inc. (BSTI) was retained to provide remediation solutions for paint purge solvents and other volatile organic compounds in soil and groundwater near a paint mix building of a former automotive assembly plant.  The entire facility was under demolition and redevelopment during the remediation phase.

BSTI partnered with our client by training on-site personnel to assist with routine operations and maintenance tasks.  This partnering resulted in over 95% system up-time, increased mass removal rates and significant budget efficiencies.  Because of the partnering success, a three-year operational budget was able to fund five years of active remediation.  Cleanup goals were met during year five.