Groundwater is the water found underground within the cracks and crevices of rocks and sand or within the soil. It is common to assume that there is an endless amount of groundwater/freshwater available to us, however only 1% of all the water on Earth is usable by humans. With that in mind, it is important for us not only to conserve water but also protect it from contaminants – especially when impacting groundwater from production can result in a costly cleanup project.

Why should a business pay attention to groundwater?

Like everyday people, industry is also dependent on groundwater. Groundwater provides about 18% of an industry’s fresh water (an economic value estimated at $2.7 billion), so the importance of clean groundwater to businesses is hard to overestimate. Inefficient use of groundwater costs money in terms of energy for pumping it and costs for treating and disposing of it after use. Likewise, accidental contamination of groundwater threatens a vital business resource. Many of our commercial and industrial clients only become aware of groundwater quality issues when they showed up in their own potable wells. When that happens, treatment of potable water becomes an additional expense on top of the environmental liabilities associated with remediation.

What can you do to protect your groundwater?

As noted on the NGWA website, you can protect groundwater by preventing its contamination by human activities and using it wisely. Complying with current State and Federal regulations on use and storage of chemicals, petroleum products and fertilizers goes a long way towards reducing the risk of groundwater contamination. Beyond legal requirements, it’s helpful to develop good housekeeping practices and a workplace culture that avoids shortcuts; especially with chemical handling. Water conservation is a vast topic, but it all starts with tracking your existing usage then developing practical and realistic goals for improvement. 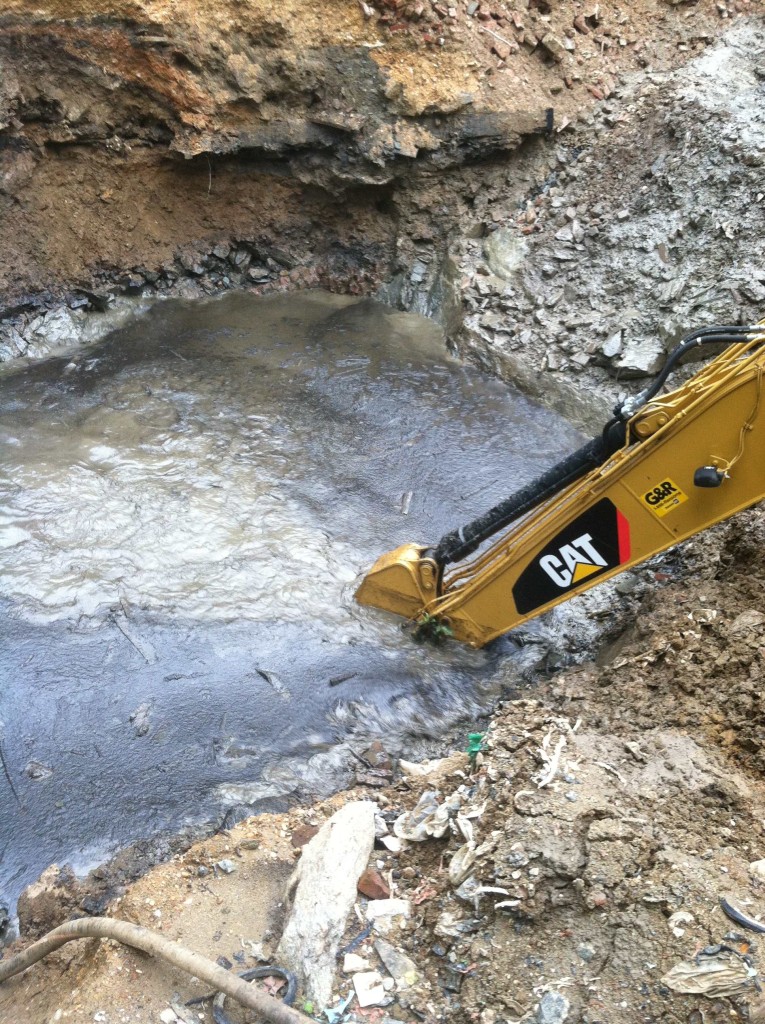 Working on environmental projects in four or more states simultaneously can sometimes get a little confusing. One of the more confounding issues is understanding (and remembering) the varying state standards for common constituents of concern. Why is a concentration of benzene in soil greater than 5 parts per billion (ppb) something to worry about in New Jersey but one minute down the road in Pennsylvania concentrations up to 500 ppb are OK?

As in most states, the same basic equations describing soil/water partitioning of chemicals are used to derive standards. So why are the end results so different?

One reason is the groundwater standard which needs to be maintained. The NJ health-based standard of 0.2 ug/l benzene (not the 1 ug/l practical quantitation limit [PQL] which is used as a benzene standard in practice) is 25 times less than the PA media specific concentration (MSC) of 5 ug/l.

The second reason is the assumptions made about how much water infiltrating through the unsaturated zone is diluted in the aquifer. NJ assumes a default value of 20x dilution while PA assumes 100X dilution. But PA MSCs for soil to groundwater can also be set to 100x the groundwater MSC if this value is higher than that indicated by partition equations. This option, also used in some other states, was inserted into the Land Recycling Program regulations for when values based on partitioning seemed too restrictive to implement practically.  For mobile COCs, the 100x MSC will be a higher value while for immobile contaminants the generic (partition equation) value will be higher. Using the 100X MSC rule gives you a 0.5 mg/kg PADEP standard for benzene compared to the NJ standard of 0.005 mg/kg.

So what does all this mean? Is one set of approaches better than the other?

Higher standards help to get past minor environmental issues and focus on the major ones, letting you jump through fewer hoops and at lower cost. But in the end, the realities of fate and transport remain the same. Once you move on to site specific determinations of appropriate standards (e.g. SPLP testing and or unsaturated zone transport models), if the evaluation is done right, standards will converge to about the same place despite a host of state-dependent differences in regulatory paths. Knowing where all those numbers come from helps make that happen.

Just enter your email below and we'll be in touch: